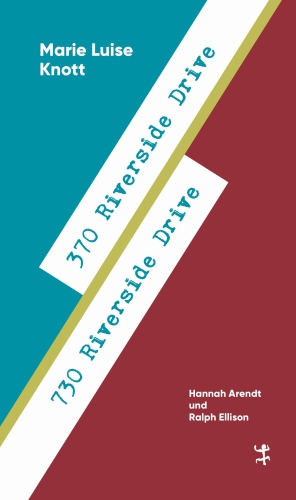 "Most of the books seek either to condemn or to defend Hannah Arendt. Knott has written, instead, a nuanced and powerful essay that aims to understand the German-Jewish-stateless refugee and her lifelong engagement with the question of race, all through the lens of Arendt's short unanswered letter to Ralph Ellison." Roger Berkowitz