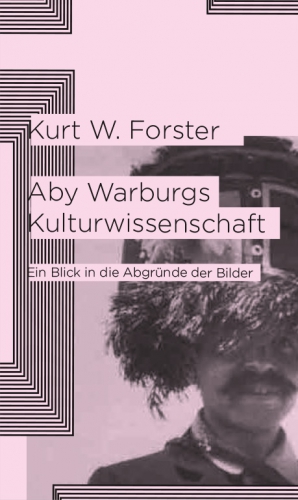 The Cultural studies of Aby Warburg : A Look in the Abysses of Pictures

Genre: Biography, Nonfiction
The life, work and influence of Aby Warburg told by his greatest expert

Aby Warburg revolutionized with his reasearch the history of art and became the foundator of the modern cultural studies. In his radical approach he took the defense of an undistorted view on works of art, a view able to capture their emotional resonance and their role as bearer of human memories. Works of art are the traces of experiences and emotions which are communicating with one another through space and time.

Kurt W. Forster who already drew attention as a student during his time as personal assistant of Warburg, is considered today as one of his best experts. In his introduction to the scattered work of this virtuoso of observation, he manages to sketch not only a long awaited interpretation of Warburg's contribution to the cultural studies but also its topical relevance, as well as a passionate and stimulating plea for a critical eye on art.

Kurt W. Forster was born in 1935 in Zurich. He taught at the Standford University, the ETH Zurich, the Yale School of Architecture and was the founding director of the Getty Research Institute in Los Angeles whose conception was influenced by Warburg's ideas. He published in 1999 the first english edition of Warburg's complete works. Forster curates exhibitions, among others about Schinkel, Herzog & de Meuron and for the 9th international biennal for architecture in Venice in 2004.