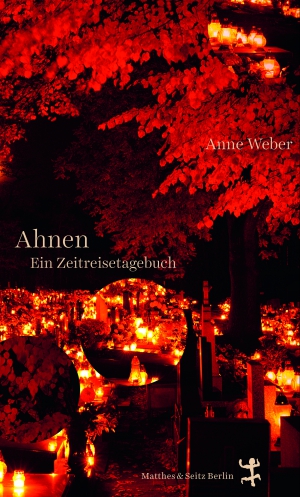 The past lies before us as a strange, distant land. Anne Weber's thoughtful journey of exploration into the past leads us into the fascinating world of her great-grandfather Florens Christian Rang, who was born exactly one hundred years before her and whose friends and correspondence partners included Walter Benjamin, Martin Buber and Hugo von Hofmannsthal. She finally takes us to a village near Posen where the Protestant theologian, jurist, philosopher and writer worked as a pastor for a time. Anne Weber traces the contradictions and crises, the reckonings and departures of her great-grandfather, who appears here under the name Sanderling, by reading his writings, deciphering his letters and diaries, and finally taking a journey in his footsteps to Poland. On the way to this passionate and divided man through the "thicket of time", a formidable obstacle keeps getting in the way: the German and family past as it continued after Sanderling's death in 1924. And with it the question of how to live with a history that one cannot get rid of.

Anne Weber, born in Offenbach in 1964, has lived in Paris as a freelance author and translator since 1983. She has translated both from German into French (Sibylle Lewitscharoff, Wilhelm Genazino, among others) and vice versa (Pierre Michon, Marguerite Duras). She writes her own books in both German and French. Her works have been awarded the Heimito von Doderer Literature Prize, the 3sat Prize, the Kranichsteiner Literature Prize and the Johann Heinrich Voß Prize, among others. Anne Weber was awarded the German Book Prize 2020 for her book Annette, ein Heldinnenepos.