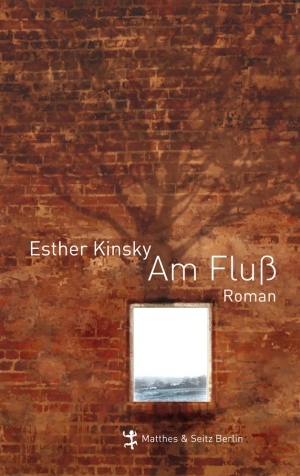 Hardcover with photographs by the author

Esther Kinsky, the mistress of undertones, has written a wonderfully nostalgic and sanguine novel about the rivers she lived by. Her novel is not only about the River Rhine and the Lea River but also the story of her struggling, finding confidence, looking for life‘s beauty. She explores the old industrial factories at the Rhine riverside, the Jewish life behind London East End, the people living and working at rivers. This is how water becomes an essential metaphor for her own life. It is a novel about life itself. A novel, so profound, that you can read it again and again and if you manage to read between the lines you will get rewarded with a new novel each time.

Esther Kinsky grew up at the River Rhine and lived in London for twelve years. She is the author of three volumes of poetry and two novels (Summer Resort and Banatsko) and has translated many notable English (Henry David Thoreau, Iain Sinclair) and Polish (Joanna Bator, Olga Tokarczuk) authors into German.

»Esther Kinsky‘s novel outshines everything that has recently been published in the German language with patient stamina. It is full of culture without being erudite, it is full of knowledge without being smart-aleck. By a River is a democratic book, witty, wise and of touching beauty [...].«
Katharina Teutsch, Frankfurter Allgemeine Zeitung

»This book is a sensation of language, with its precise description of present ages, which end in the middle of a sentence, as if been accelerated by a DJ, which jump back to memories or follow the traces of a myth and all of a sudden turn into burlesque scenes.«
Susanne Mayer, Die Zeit

»No matter whether Kinsky describes things, foreign people or landscapes: the surplus love, she has at her disposal, becomes visible in the sensitive prose in which she sees the world.«
Hans-Peter Kunisch, Süddeutsche Zeitung