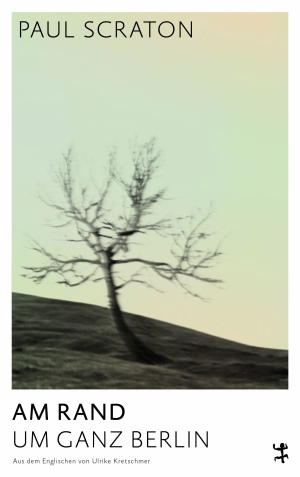 On The Edge. Berlin Outskirts

Genre: Nature Writing, Nature, Narrative Nonfiction
An unexpected look at a city that reinvents itself every day.

Paul Scraton walks 180 kilometers along the Berlin city border. Readers follow the paths of the Berliner-by-choice, which lead them along the dividing line between city and country. Scraton describes the outlying districts that interest no one, about which no one else says a word, except that it is gray and desolate there. But it is precisely in the most inconspicuous corners, whether in Gropiusstadt, Spandau or Tegel, that he discovers a diversity of stories and history that even he would not have thought possible. At Berlin's still-unfinished airport, at the back exits of mega-markets and outlet centers, the sprawling industrial wastelands, among the sporadic refugee housing of the 21st century, and the half-crumbled memorial plaques for those who died at the Wall - everywhere he goes he finds amazing things and vital activity. This book is not only about the "Bridge of Spies," about the farmer Qualitz, who tore down the wall in Lübars with his own tractor in November 1989 out of sheer defiance, and about the houses of the Wannsee Conference, but also a reflection on our relationship to precisely those areas that we no longer even count as part of the city, a hymn to the border regions and an exploration of our own hinterland.

Paul Scraton, born in Lancashire in 1979, studied International Studies at the University of Leeds before moving to Berlin in 2001. He is the editor of Elsewhere magazine and the author of several books about different parts of Germany. His English publications include stories about Berlin and his explorations of the Baltic coast, Ghosts on the Shore. Travels Along Germany's Baltic Coast (2017).

"At the end of this book, you feel like you've taken a long walk. Immensely invigorated, delighted by all the thoughts that have emerged along the way - and with the desire to go out again soon."
- Thomas Böhm, rbb radioeins

"[...] One of the most beautiful and witty Berlin books in a long time."
- Werner van Bebber, Der Tagesspiegel

"Everything worth knowing will have been told by the time the author has circumnavigated the city. Sympathetic are the passages where Scraton feels like talking to people who don't feel like talking. Pleasantly dreamy are the 24 city fringe photos."
- Detlef Kuhlbrodt, taz

"Either way, his book makes you want to retrace, if not the whole loop, then individual sections. Because it sounds tempting, despite warehouses and the A10 between Blankenfelde and Karow, or as pretty as the Fontane-assisted tour through the Müggelberge, but above all, as this book shows very precisely, because a city really does not consist only, or even primarily, of its center."
- Sabine Rohlf, Berliner Zeitung