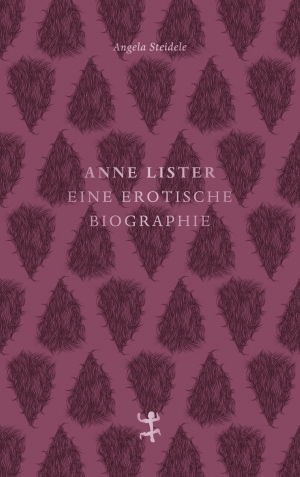 Anne Lister's journals were so shocking that the first person to crack their secret code hid them behind a fake panel in his ancestral home. Anne Lister was a Regency landowner, an intrepid world traveller ... and an unabashed lover of other women.
In this bold new biography, prizewinning author Angela Steidele uses the diaries to create a portrait of Anne Lister as we've never seen her before: a woman in some ways very much of her time and in others far ahead of it. Anne Lister recorded everything from the most intimate details of her numerous liaisons through to her plans to make her fortune by exploiting the coal seams under her family estate in Halifax and her reaction to the Peterloo massacre. She conducted a love life of labyrinthine complexity, all while searching for a girlfriend who could provide her with both financial security and true love.
Anne Lister's rich and unconventional life is now the subject of the major BBC TV drama series Gentleman Jack.

Angela Steidele has written several books about LGBTQ+ lives in the eighteenth and nineteenth centuries. Love Story: Adele Schopenhauer and Sibylle Mertens was shortlisted for the NDR Kultur non-fiction prize. She won the Gleim Literature Prize for In Men's Clothes, her biography of Catharina Linck, and the Bavarian Book Prize for her novel Rosenstengel. Angela Steidele lives in Cologne.

"There were men, there were women, and there was Anne Lister!"
- Denis Scheck, WDR 2

"Her amorous entanglements, described in detail, leave few questions about sex between Englishwomen around 1800. Above all, the book shows how far the abstemious, passive image of women in her time could be from actual life. And to read it is very gratifying indeed."
- Sabine Rohlf, Missy Magazine

"What a character, what material! In a subtle way, Angela Steidele's biography of Anne Lister and her life at the time of industrialization is a book on the debate about the hierarchization of the disadvantaged, that is, the attempt to play off the social misery of a white, heterosexual majority against the ongoing struggle of minorities for their rights."
- Insa Wilke, Süddeutsche Zeitung

"Today, at a time when women worldwide are gaining new self-confidence, shaking off outdated victim roles and no longer being impressed by patriarchal structures, this wonderful biography of a female Don Giovanni is just the right read."
- Bettina Baltschev, MDR

"A fascinating book about a remarkable woman"
- Robbie Millen, The Times

"A triumph of truth over fantasy"
- Ruth Scurr, The Guardian