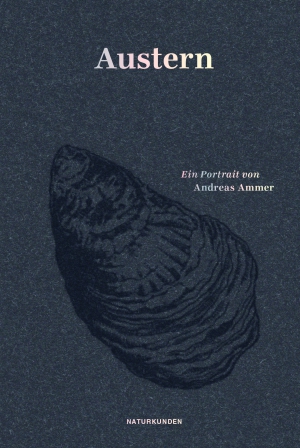 As soon as the solid muscle of the animal, which is still alive when eaten, is cut, the living mollusk inside is revealed: it has a heart but no brain, but a stomach, intestine and anus. Perhaps this is why the oyster is at the center of erotic fantasies, as the epitome of creatureness. As such, it found its way into painting in the 16th century and was finally popularized in the 19th century: Before the oyster became a delicacy, it was cheap street food, a poor man's food. And long before queer theory sought to liquefy the question of gender, this inconspicuous sea dweller was already a master of gender fluidity: depending on the weather, oysters change their gender several times in their lifetime. Andreas Ammer follows in the footsteps of this fascinating animal to fish markets, harbor restaurants and ships, ultimately always returning to this one moment: the Oyster Conversion Experience, the life-changing encounter with this invisible sea creature, whose taste of ocean he yearns for again and again. And to the question of how to tell a story about an animal that has lived far longer than humans, but hides between two shells for the vast majority of the time.

Andreas Ammer, born in Munich in 1960, is a television producer, university lecturer and opera director, but above all the author of numerous award-winning radio plays in collaboration with musicians such as FM Einheit, Ulrike Haage, The Notwist, Acid Pauli and Driftmachine.