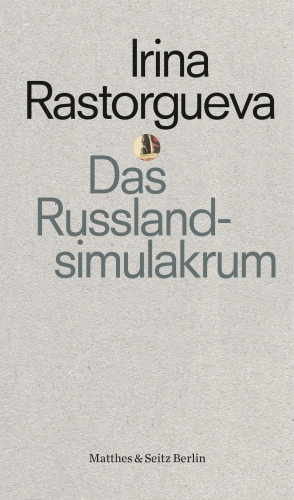 On the Culture of Political Protest in Russia

Genre: Russian Literature, Politics, Essay
Russia as a mirror cabinet of the political: a revealing book about the reality between repressive politics and unbending opposition.

In this essay, written with great intensity, playwright and essayist Irina Rostorgueva tells facts and stories about the impossible, yet very much alive, current Russian opposition. She names and describes the parliamentary repressive apparatus, fabricated cases and trials, political satire, Internet trolls, and guerrilla warfare. She thus puts the absurd, Kafkaesque and dystopian Russian reality into the glare of reflection and takes a look behind the endless production of facades, signs and labels: Behind it, there is desperate emptiness. The Duma passes unnecessary laws, non-existent enemies are invented, a pseudo-opposition sits in parliament, the real opposition is in prison on false charges, and the police themselves ceaselessly produce terrorists. "Nothing in Putin's Russia is real," no matter what you touch. Here, elections are just a simulation, and protests just a pretext for repression. And Russia's past is even more unknown than its future.

Irina Rastorgueva, born in Yuzhno-Sakhalinsk in 1983, worked as a cultural journalist for several Russian magazines and radio stations. She is the author of numerous scientific articles on the theory and history of literature and journalism of the 20th century.