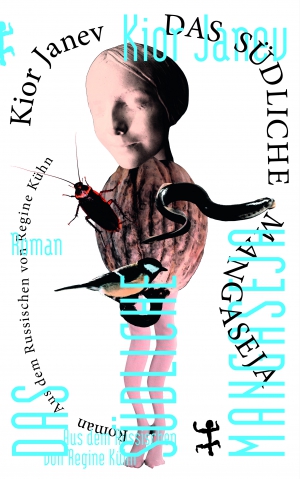 Genre: Russian Literature, Fiction, Literature, Literary Novel
Cinema history as a prism of the 20th century: the powerfully spoken and hauntingly told novel of a family in the midst of turbulent Russian history

The northern Mangaseya is an area in northwestern Siberia forgotten by history. The southern one, on the other hand, is a fictional place, the Soviet-Asian variant of the historical region, the projection surface for one of the most unusual family stories in contemporary literature. In it, Kior Janev, in the guise of his protagonist, traverses a colorful kaleidoscope of the 20th century: in a kind of proesie (Sascha Sokolov), a language balancing on the fine line between poetry and prose, he narrates a century of Russian history, beginning in the 1930s, in the mirror of the description of over a hundred films from a century of film history that his protagonists have seen. The focus is on a student who moves in a world of constantly mutating figures without fixed surfaces, a world in which Ivan the Terrible also sometimes appears in Lenin's clothes and the reader is taken to the most diverse places and the remotest ends of an imagined world: from a metro to enigmatic tightrope walkers in airy spheres to the Seventh Heaven and into the brain of a fallen and shattered angel.

Kior Janev, born in Central Asia, is a philologist and theater director. He studied in Munich and Moscow, his literary expression moves between the most diverse fields of tension, with him "words are a strange matter, not to be explained with words", as a critic wrote. Thus he is considered an author "between Russia, the East, the Soviets, the Pamirs, the world, the cosmos and chaos".