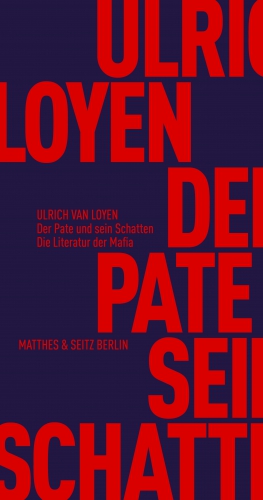 The Godfather and his Shadow

The literature of the mafia

Widely known is the anecdote that the mafia actors from Hollywood films influenced their real-life models to hold their guns at an angle and not straight. And the success of Roberto Saviano's books on the Gomorrah and the Children's Clans attests to a bourgeois interest in the structure and stories of organized crime that extends far beyond Italy. But how much mafia does literature tell, and how much literature is in the mafia? This reflection, grounded in ethnological fieldwork and literary theory, reads the works of brigand literature, tells of the godfathers who write their own stories in verse. Mafia culture is a collective term that deals with an association outside the state and away from the wealthy, a revolutionary force based on conservative values: Family, love, honor and revenge where it is just due. It is the possibility of overcoming one's own circumstances, at least in the imagination, and becoming part of a history whose continuation is closely linked to the literature about them.

Ulrich van Loyen, born 1978 in Dresden, studied Theology and Literary Studies in Munich and Rome and wrote his dissertation about Franz Baermann Steiner. Since 2014 he is a fellow at the Research Lab „Transformations of Life“ at the University of Cologne.