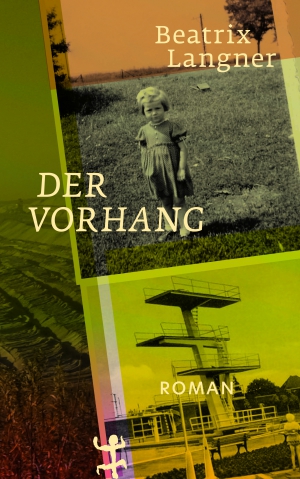 Genre: Fiction, Literary Novel
A novel in which everything we know about autobiographical writing is overturned. The incredible and stirringly told story of two escapes from both parts of Germany.

In 1953, a young family escapes from the GDR to the West. The reasons the child can only guess at the reasons for the flight, but soon the early memories of eastern Germany fade: The so-called economic miracle provides the parents with a little prosperity when they open a retail store in a small small town in the Rhineland. At first, things but then the former winners of the upswing become losers of the market economy. losers of the market economy. The social exclusion of the unmarried exclusion of the unmarried couple in the Catholic province. And so they decide to flee again: This time back to East Germany. Long after the fall of the Wall, the children return to their old West German homeland. But the attempt to rediscover their own childhood on the other side of the Iron ends up at the edge of a big hole, the Hambach open-cast lignite mine Hambach, which has swallowed up many ancient villages and a whole forest and an entire forest, and already reaches as far as the town of her childhood. Where can no longer be mined, new landscapes with huge lakes are emerging. lakes. And so her journey into the past ends in an imaginary landscape of the future. landscape of the future; the age of coal is over, Cologne is a port city, the great Cologne is a port city, the Great Hole is flooded and the Rhenish Bay is covered by a large tropical sea, as it was 30 million years ago.

Beatrix Langner, born in 1950, holds a doctorate in German studies, is an author and literary critic, and lives in Berlin. Since 1990, she has written numerous radio features and cultural reports for Deutschlandradio Berlin as well as feature articles and reviews for Süddeutsche Zeitung, Neue Zürcher Zeitung, Deutschlandfunk, etc. She published a biography of Jean Paul (C. H. Beck), for which she received the Gleim Literature Prize in 2013, and is a member of the PEN Center Germany.

"You come across them completely unexpectedly. And they turn out to be pearls, precious stones, shining in warm light, shining out of everything. Not because they were hidden before, but because you passed them blindly, didn't know about them. And then you hold these treasures in your hands, rubbing your eyes at the radiance they possess. "The Curtain" by Beatrix Langner is such a treasure!" Gallus Frei-Tomic, Literaturblatt.ch