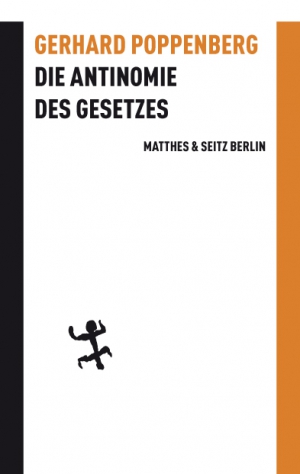 The Antinomy of the Law

The Myth of Orestes in Antiquity and Modernity

The book examines the literary representation of the myth of Orestes in ancient Greek tragedy and in modern French literature. The treatment of Orestes in the Oresteia of Aes-chylus is interpreted as the offspring of what is supposed to be the Orestes complex. Sartres drama Les mouches – The Flies (1943) and the novels of Maurice Blanchot: Le Trés-Haut – The Most High (1949) and of Jonathan Littell: Les Bienveillantes – The Kindly Ones (2006) are modern realizations of this complex.

The figure of Orestes from the beginning in Aeschylus deals with elementary questions of right and politics. The reflections on this dimension of the Orestes myth are developed in the context of modern political theory and philosophy of right from Rousseau, Kant and Hegel to Arendt, Blanchot and Derrida.

The book shows, how a literary representation of the Orestes myth allows a deeper insight into the questions of right and politics than a mere theoretical treatment does. Ist mixing philosophy, literature, politics and law is a contribution of what may be called figurative thinking.

Gerhard Poppenberg teaches Romance literature at the University of Heidelberg. He publishes on Spanish, Latin American and French literature and on literary theory. He is working on a project on border passages between literature and philosophy and on figurative cognition.