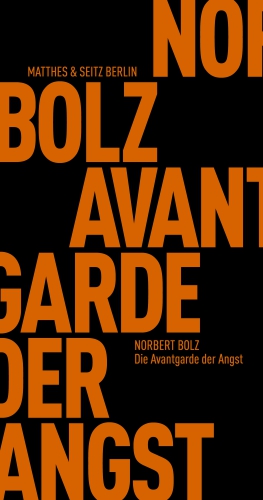 The Avant-garde of Fear

Concern for the environment, panic before the climate catastrophe and mobilization against it have become the new German common sense of the 21st century. But where assessments and appropriate modes of reaction are no longer a matter of discussion at all, political action soon leaves its rational basis and turns its attention to emotional states of excitement that are otherwise hardly to be found in the disenchanted world.

In his philosophical-mass-psychological study, Norbert Bolz analyzes the transformation of ecological problem consciousness into a collective religion of fear, which has replaced the fear of the Lord with the fear of man and his actions. The resulting protest movement of our days is not only characterized by a fatal hostility to risk and technology, it also celebrates a long forgotten cult of childlike superiority in terms of truth and morality. Against this background, the question arises once again: Will "German Angst" become an export hit or will we learn from the rest of the world?

Norbert Bolz, born in 1953 in Ludwigshafen on the Rhine, is a media and communication theorist and freelance publicist. Until his retirement in 2018 he taught as a media scientist at the FU Berlin. His publication topics revolve around the transformation of modern societies and the increasing uncertainty of postmodern societies.