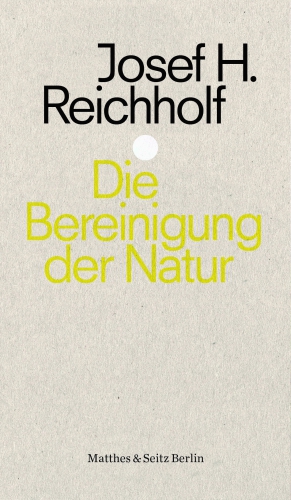 The Cleaning of Nature

After its release at the end of 2017, the dispute over the pesticide glyphosate intensified. While the use of the wonder weapon against weeds is booming, politicians are now having doubts and a ban is being considered. The basis of both the approval and the announced ban, however, is a limited view of the effect of the herbicide, which leads to the actual destructive effects in their entire breadth being left out. The biologist Josef H. Reichholf explains knowledgeably and vividly that glyphosate is not in itself the problem, but the agricultural environment in which it is used. Focusing on the supposed toxicity of the agent to humans not only disregards the fact that total herbicides destroy the livelihoods of a large number of animals and contribute to massive insect mortality, including bee mortality; ignoring the deeper connections also clears the way for a new, perhaps even more harmful agent to soon take its place. The fear of the consumers is taken away for a short time, the disaster of the purged nature remains.

Josef H. Reichholf, born in Aigen am Inn in 1945, is one of the best-known biologists in the German-speaking world. He taught for many years at both Munich universities and was head of department at the Zoological State Collection in Munich. The bestselling author has been awarded numerous prizes, including the Sigmund Freud Prize for scientific prose.