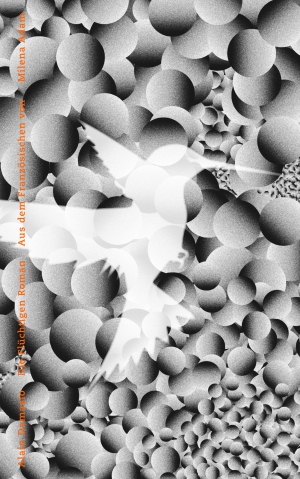 Sahar and Lorca lead a happy family life with their daughter Tishka. When Tishka‘s bed is empty one morning, even though all the windows and doors are firmly closed, everything changes. While Sahar retreats, initially believing it to be a kidnapping, Lorca investigates an urban legend: He suspects that Tishka is with the so-called furtives, beings who supposedly live unrecognized in the blind corners of our perception. When strange symbols appear on the wall of her nursery, it is clear: Tishka is alive, and she is trying to communicate. Together with friends and companions, Sahar and Lorca try to make contact, penetrating a strange world that is always where we are not looking. But the closer they get to their daughter, the greater the public interest in the case, as it soon becomes clear that the furtives have the ability to radically reinterpret supposed necessities. Tishka becomes the most wanted person in the country. Whether she is still a person at all or already something else entirely is not clear.
Alain Damasio shows a capitalism in its final stage, shaped by lobbyism: we are not monitored in order to be oppressed, but so that we can be sold things that make life under surveillance more bearable. Only the furtives show the way out of the compulsion to consume. Their mutability and malleability is reflected in the typography, behind which the text increasingly becomes a riddle.

Voted Best Book of the Year 2019 by Lire Magazine

Alain Damasio is a writer, sociologist, co-founder of the video game studio Dontnod and the sound art studio Tarabust. Born in 1969, ESSEC graduate, he has been giving TEDx talks since 2014. Wth his 3 novels he became a cult author and France most read science fiction writer.

“Damasio‘s work makes him of the greatest writers of speculative fiction.“
L’Express

“This novel by Alain Damasio is a literary achievement. A philosophical, political and literary high-level experience that gives readers a moment of radically incomparable reading.”
The Huffington Post

“It’s an event. A masterly reflection on today’s society, a thriller at once fast-paced and poetic, a variation on our place in the world and on the meaning of life. This is THE novel you should read to understand today’s world.”
La Grande Librairie

“The Furtives is a choral dystopia, hair-raising in its narrative virtuosity and poetic inventiveness, a powerful attempt to provide our present with the poetic means toward anarchistic and resistant thought.”
France Culture