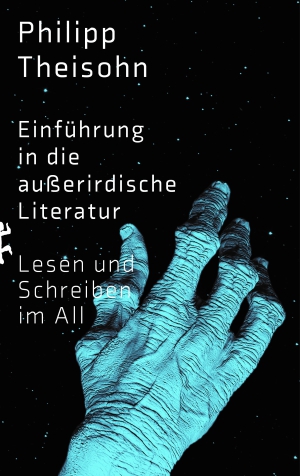 Introduction to extraterrestrial literature. Reading and writing in space

Genre: Literature, Humanities, Essay, Nonfiction
An adventurous guide to the history of extraterrestrial books - and a compendium of their most significant specimens

From the supposedly terrestrial Bildungsroman to the logbooks of space cruisers to the galactic encyclopaedia: extraterrestrial literature is a multiform, but above all invasive species. It not only tells stories about space. It comes from outer space. If you really want to understand it, you can't expect a history of motifs or knowledge, but must be prepared for a trip through the dark back alleys and backyards of the Gutenberg Galaxy. On the way it will become apparent: From Kepler to Captain Future, the terrestrial conception of space, even in its most blatant projection of colonialist fantasies, forms a gateway open to space and its inhabitants, all non-human and non-terrestrial alike. The most radical interpretation of extraterrestrial contact is therefore by no means the much-cited invasion from outer space, but the discovery that the human narrative only acquires its real meaning from outside, only from other planets.

Philipp Theisohn, born in 1974, is Professor of Modern German Literature at the University of Zurich. His research interests include futurology and extraterrestrial literature, among others.