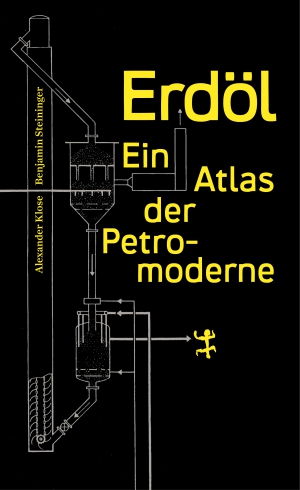 Oil. An Atlas of Petromodernity

Genre: Politics, Sociology, Essay, Nonfiction
„Oil is a useless segregation of the earth. By its nature, it is a sticky liquid that stinks and cannot be used in any way.“ Academy of Sciences, Saint Petersburg, 1806

Only when we have understood what we have been dealing with for 150 years in our engines, laboratories, bodies and dreams, can we free ourselves from this magical and fatal substance. The creation of petroleum takes ages, but its use knows only the moment: whether as fuel or plastic bag, as lipstick or balloon. Oil is omnipresent and yet invisible. It is a prehistoric natural substance and hypermodern plastic. It is a warmonger, a bringer of prosperity and even food. This richly illustrated atlas invites you to take a walk through geography, industry and historical processes and unearths amazing stories in practices, forms of knowledge and visual worlds: from the first oil tanker „Zoroaster“ from 1878, which today is located in the foundation of an oil rig in the Caspian Sea, from fossil plankton, which almost decorated the latest Norwegian banknotes, from the impoverished Austrian nobleman who sought his fortune in Argentina as an oil worker and became a character in a novel, from „Science-fashioned Molecules“ as the heroes of US industrial films. After all, crude oil is much more than the sum of its molecules.

Alexander Klose, born in 1969, is a freelance cultural scientist, publicist and curator. He develops projects on the borderlines between science, art and society and researches modern infrastructures and the logistical reorganization of the world.

Benjamin Steininger, born in 1974, is a cultural and media scientist and curator, and a science historian at the Max Planck Institute. He researches the role of fossil raw materials and the chemical-industrial technology of catalysis in the Anthropocene.

In 2016 they jointly founded the research collective „The Beauty of Oil“ to investigate the complexities and contradictions of the Petromodern era.