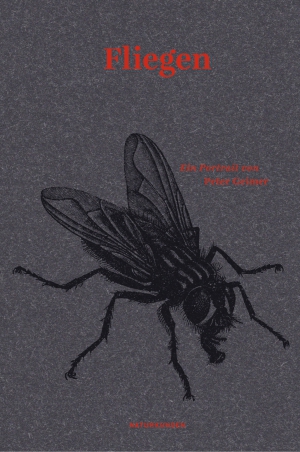 Hardly any living creature is as annoying as the fly; wherever it appears, it disturbs us and at the same time displays a remarkable penetrance. No wonder that since antiquity a veritable literature of condemnation has been established against these defenceless insects, which would love to harm every fly. In his cultural history of the seemingly superfluous insect, Peter Geimer shows its astonishing wealth of facets, from the fascination with its special visual apparatus in film, television and photography history to its appearance in painting and its central role in the study of genes. Given this, the question of why we nevertheless reject the fly with such furore becomes all the more pressing. A suspicion suggests itself: Perhaps we envy its stoic insouciance and secretly suspect that we are probably more indifferent to it than it is to us.

"Lovingly, the author depicts the unexpectedly rich history of an insect that annoys us above all else."
- Daphne Tokas, Literary Review