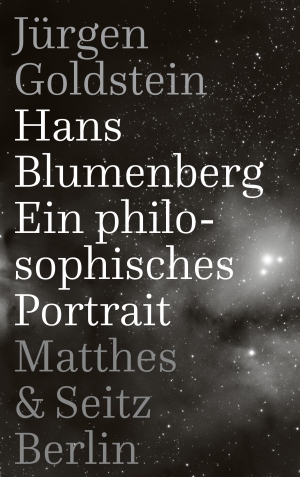 The work of Hans Blumenberg stands like a monolith in the philosophical landscape. While he is increasingly being discovered as one of the most important German-speaking philosophers of the 20th century, his books appear to be immensely fascinating and difficult to read, extremely stimulating and mostly circumstantial as well as extremely style-conscious and often very catchy. Jürgen Goldstein, who himself studied with Blumenberg, draws a philosophical portrait of this author by bringing out his mental physiognomy: Masterfully and vividly, as a proven connoisseur, he follows the lines of thought of this rich body of work, from the earliest academic writings to the classical books, from the essayistic miniatures of the late years to the writings already removed from the estate. The book not only sheds light on what Blumenberg thought, but also on how he did it. In this way, his thought biography not only opens up new perspectives for insiders of the work, but also serves as a handbook for those who have faltered over one of his books. In this way, the scholar who has shied away from access to his person throughout his life is satisfied: for Blumenberg did not want to see through, he wanted to be read.

Jürgen Goldstein, born 1962, is a professor for philosophy at the University Koblenz-Landau. His books deal with the emergence of modern subjectivity, the political philosophy of 20th century and the history of nature perception.

"Goldstein‘s ‚Philosophical Portrait‘ is an excellent introduction to Blumenberg‘s work, which succeeds in the impossible: stopping an incessant movement, as it were, without taking away its vitality." Der Spiegel