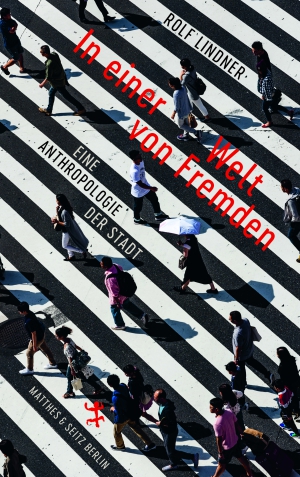 In a world of strangers. An Anthropology of the City

Genre: Sociology, Essay, Nonfiction
On Possibilities, Myths and Lights of the Big City: Berlin, Urbanity in the Focal Mirror

When you think of Berlin, you think of the big city as a space of diverse possibilities. It is a place of encounters with originals and types that defy anonymity. The history of this metropolis on the Spree began with its explosive growth towards the end of the 19th century, when countless people from the East Elbe areas flocked to the city, also to escape the watchful gaze of the strict village social order. Berlin revealed to them the pleasures of the big city, which still exist today in the numerous opportunities for amusement, and its peculiar beauty, contributed not least by the emerging city lighting and illuminated advertising, which turned the inner cities into brightly lit stages. New forms of community developed in which like-minded people and elective relatives found each other: Artists' associations, esoteric-occultist circles, intellectual circles or queer communities. And to this day, the big city produces its own myths, which are expressed in songs and poems, stories and novels, pictures and films and overlay the perception of the city. Rolf Lindner traces the urban in the city, penetrates to the roots of the phrase "going to the city", narrates the "scene" as a genuinely urban form of communalisation and invites us to experience anew the large and small cities in which we live.

Rolf Lindner, born in 1945 and raised in the Ruhr region, taught as a professor at the Institute for European Ethnology at the Humboldt University in Berlin, with a focus on cultural studies of cities.