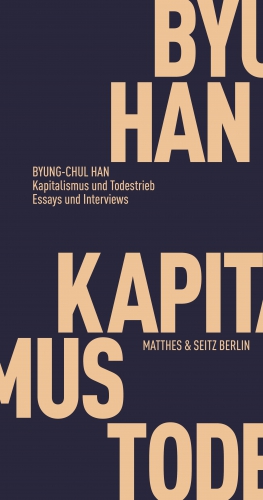 What we call growth today is in reality an outgrowth, a carcinomatous growth that destroys the social organism. With an inexplicable, deadly vitality metastasize and proliferate these outgrowths endlessly. At a certain point, production is no longer productive, but destructive. Capitalism has long since passed this critical point. Its destructive forces bring not only ecological or social, but also mental catastrophes. The devastating effects of capitalism suggest the assumption of a death drive. After Sigmund Freud had initially introduced the death instinct only hesitantly, he confesses that he „could not think differently“ because the idea of the death instinct had gained such power over him. Also thinking about capitalism does not seem possible without the assumption of the death instinct.