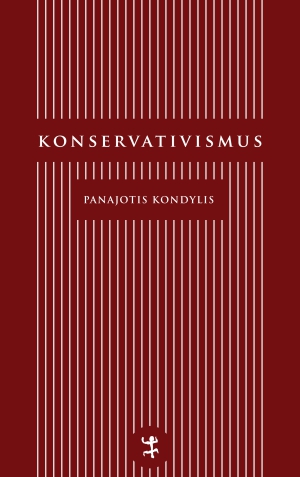 Genre: History, Sociology, Politics, Essay, Nonfiction
The long overdue rediscovery of a classic of the history of political thought and ideas

In this interpretation, long out of print and still novel and startling, philosopher and historian of ideas Panajotis Kondylis turns against the notion of conservatism as a reaction to the French Revolution. In brilliant lines of thought that take him from Bonald and Burke to Carlyle and Chateaubriand to Fénelon, de Maistre, and Schlegel, he demonstrates that conservatism as a social and political force had existed since the Middle Ages, when the nobility and its system of estates fought emerging egalitarian interpretations of the law. But Kondylis goes a step further and shows how conservatism adapted to the particular reality of the modern sovereign state, which was inconceivable without it, and analyzes it as a political force that recurs in surprising forms. He succeeds, for example, in showing how the central themes of the socialist critique of capitalism emerged in the ideological sphere of counterrevolution and circulated idealized images of a pre-capitalist reality up to the present day. Conservatism is the necessary contribution to better understand the political and cultural debates of our time.

Panayotis Kondylis, born in Olympia in 1943, lived as a philosopher in Athens, where he died in 1998. He studied philosophy in Heidelberg, where he received his doctorate under Dieter Henrich. He translated Marx, Cassirer, Carl Schmitt and Machiavelli, among others, into Greek and worked on the concept and premises of the Enlightenment, philosophical polemics and the unquestioned presuppositions of European world views.