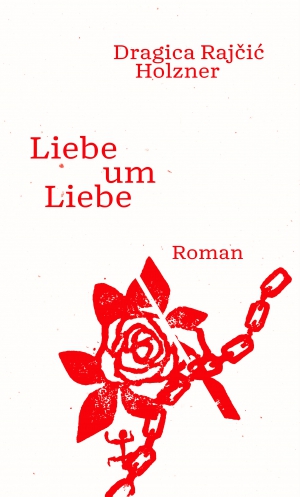 Genre: Fiction, Literary Novel
Pictorial, urgent, immediate - this is how Dragica Rajčić Holzner tells us from a love that turns to hate, from the attempt of a new Life across many borders, an attempt that must fail, and of what is left at the end.

„If mother were different, I would never have married. Like a dog, torn from its leash, I ran away through the window, clinging to Igor.“ In a raw, wild and strong language, not denying her own origins, the poet and playwright Dragica Rajčić Holzner tells from the inside view of an impossible marriage, in which love is answered with violence to love, and with love to violence. When the first-person narrator sees Igor for the first time, he appears to her as her salvation. And yet right at the beginning there is this unpleasant feeling that wants to be pushed away and ignored again and again. Igor drinks too much, but don‘t all men do that? He is quick-tempered, but even that is nothing unusual. Years later the married couple moves to the north of the USA. Here the initially diffuse restlessness will prove to be prophetic. The man she clung to in her youth full of hope becomes someone completely different. And again she must flee - this time away from him. More than a hundred years deep, right up to the time of the Spanish flu, she lowers the plumb line of her own and recounts memories to understand the rough time of growing up in rural Yugoslavia in the 1960s, the flight from the family, the falling into early marriage and the late liberation from it. A novel like the life described in it: a glittering pile of broken glass, a captivating force of nature.

Dragica Rajčić Holzner, 1959 in Split born, grew up in Croatia before she moved to Switzerland. 1988 she returned back to Croatia, worked as journalist and founded the newspaper Glass Kaštela. 1991 she fled during the Yugoslavia wars with her family in Switzerland, where they are involved in peace work committed. Their work includes written in Croatian and German Poems, short prose and plays. Today Holzner lives in Zurich and Innsbruck. She has received many awards, among others with the Adelbert-von-Chamisso-Prize 1994.