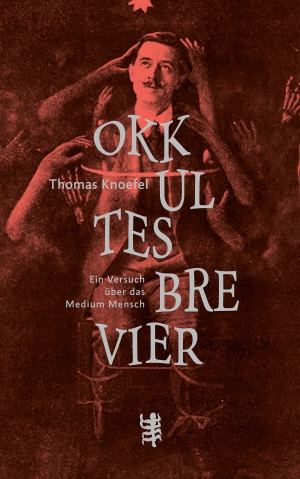 Spiritistic sessions, extrasensory phenomena and spirits: Thomas Knoefel tells the story of modern occultism as a fascinating anecdote, fast-paced and full of suspense, which that has not ceased to this very day. For what would a world be without miracles? While Marx and Engels metaphorically speak of a ghost wandering around Europe, in the New World a possible real spirit makes itself heard: through knocking noises it appears to the sisters Margaretta and Catherine Fox, in the house of a Methodist farmer from Hydesville, in the state of New York. Something begins that will not end for quite some time. In the process, occultism overcomes the borders between social class and the sexes and shows itself as modern: In their artistic work, the avant-gardes are guided by occult ideas and spirits, and even if a medium is exposed as deception or pathologized, this does not stop its effect, for it nevertheless continues to conjure up a time when the occult became great and faith and knowledge were still one. The medium knows how to bear witness to its persistence to the present day.

Thomas Knoefel was born in 1958 in East-Berlin. He worked as doctor and a publisher and has been practicing for several years a sister religon of the voodoo, the Candomblé de Ketu.

„The Occult Guide is a masterpiece, a fantastic voyage of discovery to the border area between here and there.“ - Jan Schomburg