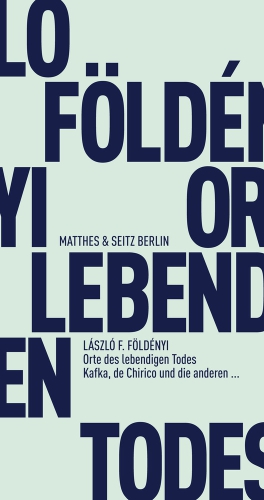 Places of the Living Death

Taking a Renaissance picture as starting point, László F. Földényi explores eerie sorts of „living death“ which he is taking away from the beautiful literature, the fine arts and the architecture. In doing so he draws a surprising arc from utopia to dystopia, from the emergence of the architecture of the revolution over the Campanile of Riva to the chimneys of Auschwitz‘s crematorium. Földényi establishes a dialogue with Franz Kafka, Georges Bataille and Jean Baudrillard and he takes the reader on a trip from the general human character to its inevitable unfathomability.

László F. Földényi is an author from Hungary. He has written numerous essays, art theories and literature critics. He is regarding as one of the most important intellectuels of Hungary. His books haven been translated in numerous languages.