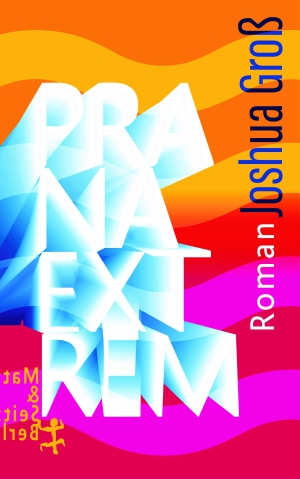 Genre: Literature, Fiction, Literary Novel
Giant dragonflies, Chupa Chups, a stolen meteorite in a psychedelic, increasingly hot Tyrolean summer: Prana Extrem tells of the longing to grasp the world and surrender to it at the same time

On the Bergisel ski jump in the Tyrolean winter sports metropolis of Innsbruck in early summer, the narrator Joshua and his partner Lisa meet sixteen-year-old Michael Stiening, an Austrian ski jumping talent who is preparing for the new season and his attack on the world's best. In the training methods of his older sister Johanna, gravitation, inclusiveness and self-confrontation come together. When Joshua and Lisa move into the holiday flat in the siblings' house, a temporary community is formed, which is unexpectedly joined by Joshua's eccentric but caring grandma Suzet and, for a few weeks, little Tilde. And so, in this hot summer in this almost unreal place near the swamps where aloe vera grows in the Alps, a journey of self-discovery begins for all of them.
Prana Extrem is an attempt to depict the rapidly changing world in a multi-layered way; it is the venture to create space for a different togetherness through love, attention and humour; a book that tells of the success of deep connection, and a place that emerges as a magically sublime counter-space to our reality for the duration of the reading.

Joshua Groß, born in 1989 in Grünsberg, studied political science, economics and ethics of text cultures. He has received several awards, most recently the Anna Seghers Prize 2019, the Hölderlin Förderpreis 2021, the Literature Prize of the A und A Kulturstiftung 2021 and a residency scholarship from the Literarisches Colloquium Berlin 2021.