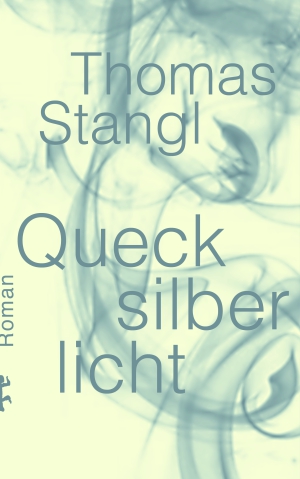 Genre: Literature, Fiction, Literary Novel
The dissolution of space and time, of history and geography through literature

A Chinese emperor dreaming of total domination over time, nineteenth-century women writers rebelling against the constraints of their reality, a girl in early twentieth-century Simmering, on the edge of the city and on the edge of world history: Thomas Stangl detaches individual moments of individual life histories, his own and other people's family stories as well as distant historical moments from their contexts and assembles them into new constellations. He interweaves gestures, actions and scenes into a fascinating novel that is removed from any temporal order and establishes a narrative space rich in contrasts in which supposedly self-evident things gain new meaning and conventional notions of biography, identity and reality are lost.
Mercury Light is a novel of ogle power about history, the passing of time and the survival of everything that has happened in all our lives. The Chinese emperor believed himself to be the centre of the universe and tried to become immortal by ingesting mercury; he died of mercury poisoning. Not he and not the author is the centre of the world, everyone is. And Thomas Stangl's literature is the place where they live on.

Thomas Stangl, born in Vienna in 1966, studied philosophy and Spanish in Vienna and initially wrote essays, book reviews and smaller prose pieces for newspapers and literary magazines. Since his first book was published in 2004, he has produced an extensive body of literary work that has won numerous awards. Thomas Stangl lives in Vienna.