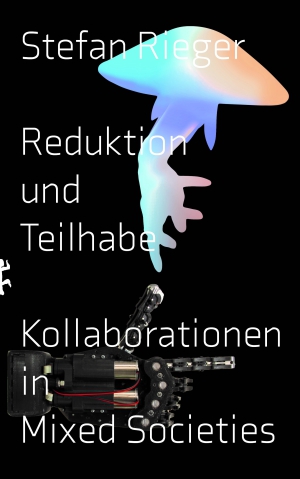 Genre: Nature, Sociology, Essay, Nonfiction
Being human in a more than human world: for an ethics of making oneself related

Whether dog or amoeba, algorithm or artificial pet, whether virtual or materialized, whether perceptible or in the background - man is not alone. He shares the world with entities and beings in a way that can hardly be foreseen in its diversity. Only one thing is already clear: the modalities of living together in multispecies societies no longer conform to the usual notions of subject and object, of inside and outside, of mastery and servitude, of rationality and emotion. Rather, the realization is breaking through that man is dependent on other species. And he does well to enter into new forms of kinship without merely falling prey to dreams of enhancement. It is only through gestures of reduction, as Stefan Rieger shows, that a more comprehensive participation becomes possible. And only in the form of changed cooperations and collaborations, in recognition of other powers of action and an ethics that does not exclusively focus on the human being, can an appropriate response to the new world of humans and non-humans be found.

Stefan Rieger, born in 1963, studied German and philosophy and was a staff member in the Collaborative Research Center for Literature and Anthropology in Konstanz. He was a Heisenberg Fellow of the German Research Foundation and has been teaching at the Ruhr University Bochum as a professor of media history and communication theory since fall 2007. He also heads the Institute for Media Studies.