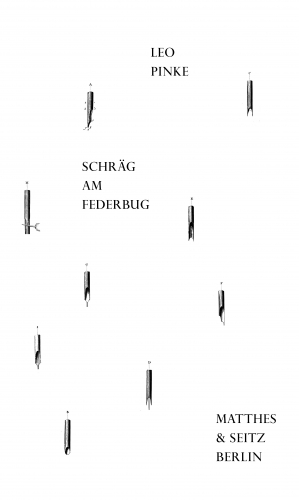 Oblique on the spring bow

Genre: Fiction, Literature, Poetry
Departure into the sea of words: a poetry debut of the next generation

That life takes place is commonly conceded. That it must be invented in the words is an outmoded view. Someone hears his heart, the pumping of instilled, impersonal language forms - and can not stand the noise. Leo Pinke's poems seek the right distance from the all too close: Words are slanted until someone looks up from them, living like a beloved dead person. As if they wanted to contradict a world in which everything and everyone is forced to immediately resemble itself. They traverse the world of the book, explore quotable gestures of the experienced, remelt what they have found, and comment on the most diverse attempts to live life on the lips - resisting the simplicity of "being their own child / or remaining that of others".

Leo Pinke, born near Marburg in 1992, lives in Rennes and Leipzig. He is doing his doctorate on the German-language reception of modern French poetry and translates from French.