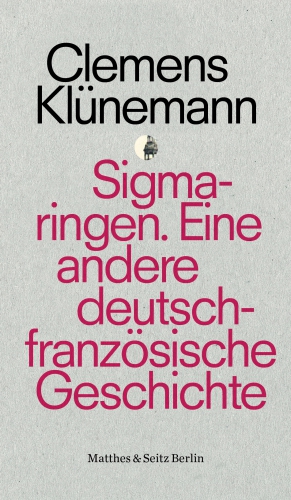 Genre: Politics, Essay, History, Nonfiction
The blind spot of the German-French history: Sigmaringen as preview of a nationalistic Europe.

"Sigmaringen? ... and yet, what a picturesque stay! ... as if you were in an operetta ... a highly successful stage set ... you would have expected sopranos and light tenors there ... and for the echo the whole forest was there!" This is how Louis- Ferdinand Céline describes the place where the Vichy government around Marshal Pétain was brought in the winter of 1944/45. For Clemens Klünemann, Sigmaringen is the symbol of a Franco-German collaboration that took place under completely different, nationalistic auspices than the one founded in 1963 by the Elysée Treaty. And the protagonists gathered for the last time in Sigmaringen will continue to shape the image of the other country on both sides even after the end of the collaboration. In times of a reviving nationalist project in Europe, this important and insightful treatise shows us where the basic features of a cooperation of national conservative forces were laid - and how surprisingly topical this repressed part of Franco-German history is.

Clemens Klünemann war born in 1962 in Germany. He is a professort at the Institute for cultural management in Ludiwgsburg.