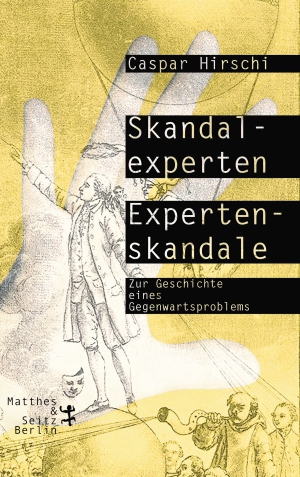 Potent Eunuchs. A History of Experts and their Scandals

Science matters in the public sphere. This is why it is so alluring for elected politicians to base their decisions on expert‘s opinions. Experts gain an extraordinarily privileged position in society, and some already discuss whether or not we are about to stumble into a form of »expertocracy«. However, the impact this collaboration has on science. Scientists just qualify as scandalous figures, which helps the public to work off their anger and helps politicians to keep a clean slate – a development which might become a threat to the scientific community, especially in such anti-elitist times as ours. In his large-scale study Caspar Hirschi reconstructs the genesis of experts in the Ancient Régime and illustrates the risks of a scientific community that leans towards political influence and lobbying by telling fascinating expert scandals, both historical and contemporary. This book is a brilliant analysis of a highly explosive topic, which is also an important component for the self criticism of scientists, who prefer to take a seat at the decision makers‘ table rather than being a public critic of the status quo.

Caspar Hirschi, born in 1975 is a professor for history at the University of St. Gallen. He studied in Fribourg and Tübingen and teached at Cambridge and the ETH Zürich. Hirschi was a member of commissions of experts, that should work on a reform of carrers at universities in Germany and Switzerland has he has been a member of the evaluation commission of the German Council of Science and Humanities.