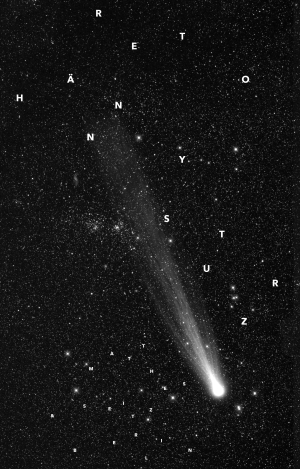 Crashed from the heights of the Grisons mountain village into the city in the valley, where a foreign language is spoken and customs prevail, which the boy from the country helplessly encounters, a time of suffering begins for him. When he finally gets on his feet, he succeeds in making discoveries and takes off on new intoxicating flights - into the realm of literature, into the realm of music. One day, many years later, with the material for a film project in his luggage, he finds himself in the airport of the big city to fly over the Alps, into the south, into the open, into the warmth - or is it flight? A lot of time passes that day until the controls are passed and the plane is ready for boarding. His thoughts drift back to the beginnings of aviation: the "small" one around the living room table and the "big" one a hundred years ago, when a dream came true and immediately became a nightmare in the air battles and bombardments of the First World War. What will the flight ahead be like? Sturz is a musically laid out and inventively orchestrated, multi-part epic with a wealth of different material, in many different rhythms, tempos and keys: the childhood and youth of an Alpine dweller in the second half of the 20th century, as no one has yet made it fly.

Reto Hänny was born in 1947 in Tschappina, a small mountain village in Graubünden. After extensive travels and various jobs, including as a goatherd, school teacher and stagehand at the theater in Chur, he made his debut in 1979 with Ruch. Ein Bericht and first caused a stir with Zürich, Anfang September, a report on the 1980 Zurich youth riots. Alongside his intensive involvement with new music and the visual arts, a manageable but all the more dense literary oeuvre emerged. Hänny, who has received numerous literary awards, including the Ingeborg Bachmann Prize, the Zolliker Art Prize and the Swiss Grand Prix for Literature, lives as a freelance writer in Zollikon/Zurich and Graubünden.

"Of course there are easier reads. But anyone interested in literature at the extreme of its possibilities can't get around Reto Hänny, this language intoxicated, language madman, language magician."
- Martin Ebel, Tages-Anzeiger

"This is great. Already after 100 pages at failure and yet brightly enthusiastic and greedy for more. The mystery of language. Almost forgotten. [...] Steinmandli in the mountains on the way to the summit of a unique reading pleasure. Telling the content is not much use, since in non-plot-oriented written literature a so-called 'story' often does not exist. So if you feel like enriching failure when you try to read, then are willing to throw overboard all the baggage of how literature should be today, a literary world opens up that makes you drunk."
- Ricco Bilger, sec52.ch

"'Sturz' demonstrates the daring dissolution of the boundaries of language in a present that is brushed with linguistic brevity."
- Timo Posselt, NZZ am Sonntag