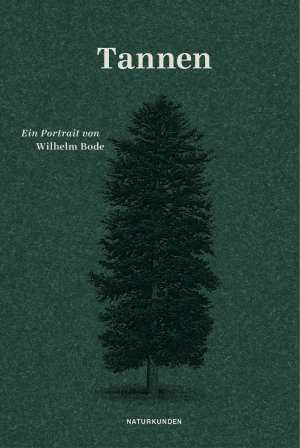 Genre: Biology, Nature, Nature Writing, Essay, Nonfiction
Can you distinguish a fir from a spruce? Wilhelm Bode tells a surprising cultural history of the supposedly most famous tree.

Everybody knows the evergreen conifer, but it is not uncommon that what we freely sing of as a ‚fir tree‘ is merely a spruce, which stood in the Christmas parlors as a common tree of the forest and as a pseudo-fir. The solemnly decorated Christmas tree, which reminds us of the light of the world, is a German invention that spread over the world 200 years ago. The fact that old fir trees form highly individual crowns full of character makes them appear as powerful messengers from the early days of our plant world. Wilhelm Bode traces the momentous displacement of the fir trees from our mixed mountain forests: Elevated to a world tree in the Romantic period and displaced by spruce in industrial forestry, the fir tree has become a tree of hope today, because it bears dry summers well in its natural multigenerational home in a mixed deciduous forest. Thus it is not least an admonition to forestry to manage the forest as a living ecosystem, namely as a continuum of space and time, without clear-cutting.

Wilhelm Bode, born in 1947 in Westphalia, is a lawyer and a certified forest manager, and was head of the state forest administration and the highest nature conservation authority in Saarland. He has published numerous books and articles on the future of the forest, hunting and forestry, among others in the series Naturkunden Portraits on deers and fir trees.