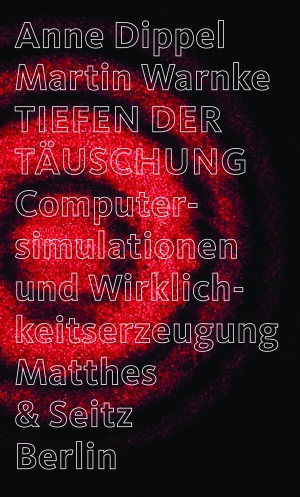 Genre: Philosophy, Essay, Nonfiction
A long overdue investigation into the relationship between simulation and reality

What is the epistemological status of a computer simulation? Is it theory or experiment - or does it not rather form a no man's land in between, which also offers a place for deception and fraud? On the basis of empirical field research, Dippel and Warnke take a look at one of the most shocking phenomena of digitalization: the erosion of modern, fact-based truth production. Computer simulation produces something of its own through the analysis of large data sets and the recreation of elementary processes, whereby precision of world description and fundamental deception lie close together. "Depths of Deception" is an ethnography of the famous quantum physics double-slit experiment and the proposal of an Operational Realism. As an epistemological perspective, the latter recognizes that computer simulations have long been an indispensable basis of our lives, and precisely through them determine what is to be considered real. Last but not least, Dippel and Warnke therefore raise the question of the ethical consequences of algorithmic world design.

Anne Dippel, born in 1978, is a cultural anthropologist and historian. She is currently a substitute professor at the Department of Folklore (Empirical Cultural Studies and Cultural History) at Friedrich Schiller University Jena.