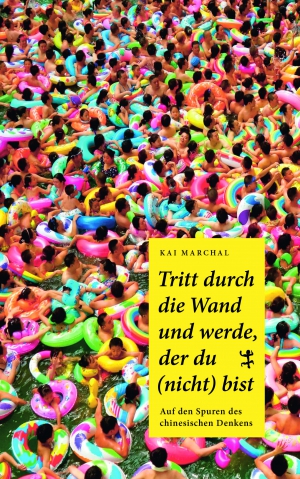 Step Through the Wall and Become Who You Are (Not)

"Who knows how to walk, leaves no traces." Following this Daoist word of wisdom Kai Marchal took the Trans-Siberian railway and travelled to China in the 1990s. At that time this country represented radical alterity for him, a last place of yearning beyond the Western way of life. In our chaotic present, China is by now in the centre of the world. Due to the insidious decline of the West, China’s importance as a new leading power is increasing. But what do we actually know about Chinese thinking? Were Daoists, Confucianists and Buddhists merely seeking “wisdom” – or did they pursue a philosophical and spiritual project that can still help us to lead a succeeding life today? Which new perspectives do thinkers like Laozi, Wáng Bì or Wáng Yángmíng have to offer? The result of Kai Marchal’s long-time struggle with the topic »China« is a fascinating mix of different genres: philosophical introduction, literary essay, travel account, autobiographical confession.

Kai Marchal was born in 1974. He lives in Taipeh and teaches philosophy at the National Chengchi University. He has published numerous books in German, English and Chinese.

"Wang Bis Gedanken makes [Marchal] the vanishing point of a memoir that revolves in a highly unsystematic and entertaining way around the question of how a young German, suffering from himself and the 'ironic coolness' of his West German surroundings, is drawn to old China and, after stopovers in Heidelberg, Paris and Osaka, to Taiwan." - Mark Siemons, Frankfurter Allgemeine Sonntagszeitung

"In its best moments, the book recalls Emmanuel Carrère's The Kingdom of God, which is also a fertile double helix of religious history and personal doubts about faith." - Ijoma Mangold, DIE ZEIT

"[The book is] a kind of 'Bildungsroman,' a lively and captivatingly readable, very personal approach to the East Asian worldviews, which are mostly inaccessible to Europeans. [...] An intellectually rich book [...]." - Markus Suplicki, ekz Bibliotheksservice