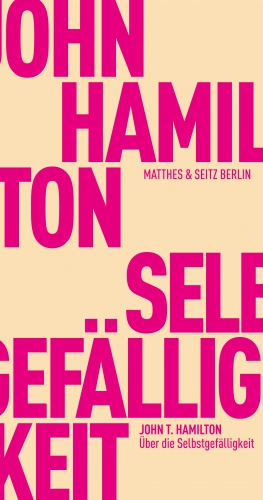 Today, the complacent are attacked as society‘s sleepwalkers and often blamed for sloppy misjudgments and insufficient action. But wouldn‘t a successful attack on complacency be a lost cause? By definition, one must never become complacent in the fight against complacency. For the complacent, life has become a level field on which to proceed without fear of stumbling or falling - a flattened realm in which everything is clearly and intelligibly arranged along the horizon. It is gratifying to arrive at a definitive, unambiguous meaning without stumbling over a passage. However, every word contains dynamic vectors, including those that emerge from other languages, epochs, and cultures and merge into others, moving from one semantic field to another.

John T. Hamilton, born in the Bronx in 1963, is a professor of German and comparative literature at Harvard University. His extensive work focuses on classics from antiquity to the present.