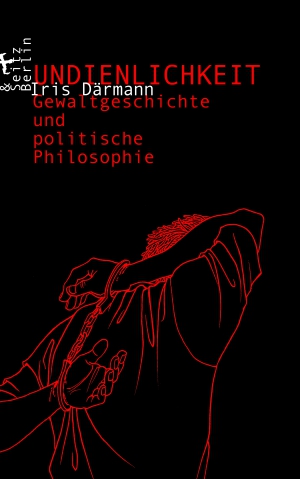 A History of Violence and of Political Philosophy

Genre: History, Essay, Sociology, Politics, Philosophy
A black book of colonial and extermination violence - and a search for traces of the hidden forms of resistance against it.

Throughout history, resistance to violence, sadism and cruelty has comparatively rarely taken the form of open rebellion. Whether in the transatlantic slave trade or in the Nazi concentration camps, in the face of a lack of options for action, fear of death and disenfranchisement, the only way out was often to escape the grip of those in power through flight, sabotage, but also through abortion, infanticide, hunger strikes, self-mutilation and suicide. Iris Därmann outlines the history of violence of human servitude and enslavement and intertwines it with body politics and forms of resistance of unserviceability. In doing so, she illuminates in particular the role of European political philosophy as a procurer of legitimacy for transatlantic enslavement and the extermination of European Jews. The result is not only a bloody counter-history to the other master narratives of Western thought, but also a panorama of horror that even in the moments of attempted self-liberation touches the limits of the endurable, but which we must keep in mind if we want to understand the foundations on which our civilization is also based.

"The monstrosity of the cases used by Iris Därmann to prove her theses is so great that the reading becomes unbearable at times. But with her history of violence, the author reveals continuities that have hardly been seen before."
- Karl-Heinz Kohl, FAZ