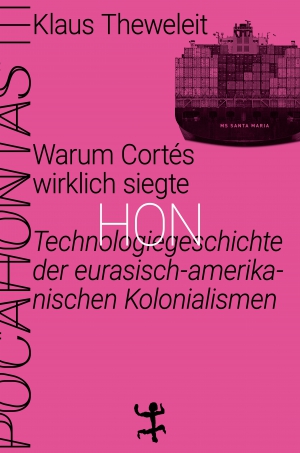 The history of mankind of the last 4,000 years turns out to be, on closer inspection, the history of two humanities: that of the Eurasian area (extended by America after 1500), which subjugated the rest of the world, and that, which had to bow to the force of this land seizure. The reasons always given for this superiority are numerous; they range from better weaponry to better resistance to disease, and yet fall short. In Warum Cortés wirklich siegte (Why Cortés Really Won), Klaus Theweleit traces the deep history of global domination, the beginning of which lies in the procedures of sequencing and segmentation, which were first tested in Eurasia 14,000 years ago with the sedentarization of man and the beginning of domestic animal breeding. From there, a revolutionary as well as martial development takes its course via the geometrization and mathematization of the world up to today's digital age with matching "segment echoes". Excessive, knowledgeable and precise, Theweleit reveals in his great book the source code of our civilization - and allows a glimpse into the abysses of our "success story".