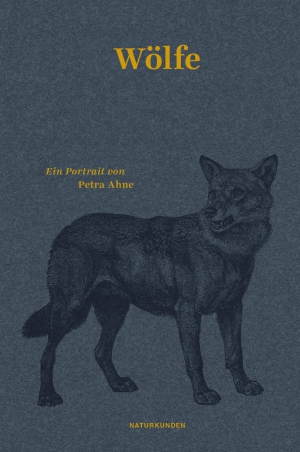 The wolf is back in our part and with him and each devored hen, an old fear comes back: the fear for a pernicious and bloodthirsty predator rushing about in packs, hunting for human kids, consuming grandmothers and descending as a werewolf on innocent villages. Over the years this fear has turned into an obscession which led to an unprecedented and doggedly hunt and to its final extermination.  But the wolf stays an object of fascination for our contemporaries with a romantic bent: they have elected him a soulmate for his proverbial but fantasized solitude. Freedom lovers and society sceptics value its true nature which sets him apart from its domisticated cousin, the dog. In her sensitive animal portrait, Petra Ahne follows the historical journeys of the amber eyed hiker, roams through Lusatia following its traces, visits men living with wolves and almost becomes one of them. At the end is the travel worth it: with the comeback of the wolf appears the possibility of a new relation which could free us from the maze of clichees, superstitions and ignorance. A togetherness of men and wolves.

Petra Ahne, born 1971 in Munich, has studied compared litterature, history of art and media studies in Berlin and London. She works as a journalist for the Berliner Zeitung.

"Petra Ahne has looked the wolf in us in the greenish, fiery eye. The result is not so much a natural history, but a cultural and imaginative history of the suggestive role this predator plays in the imagination. [...] After reading this book, everyone will have one thing in common with the wolf as an artist of survival: the greatest respect."
- Harald Eggebrecht, Süddeutsche Zeitung