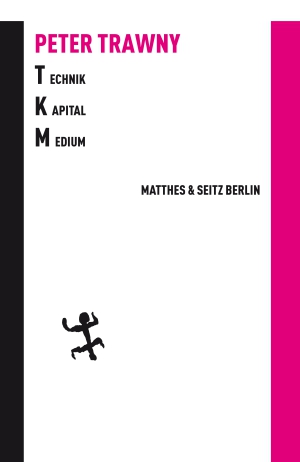 Facing the confused developement of globalization, the sciences and the philosophy are seeking refuge in specialized fields and individual studies. With TKM, Peter Trawny insists on the need to set up a theory exploring their connexion. He screens the topography of what he calls technology.capital.media. Technology is a producing good which has already invented everything there was to be invented. Capital is the movement of values exploiting itself. Media is the wavering representation of everything. All three are building the absolute core of a selfcentered immanence which doesn't leave any alternative beside it. The goals of our lives are focused on a clear catalog. Against all the revolutionary emphasis of former times there is yet a sweet tragedy in TKM building a world in which life is possible. We are as far away from the paradise as from the apocalypse. But something is resisting. The philosophie, this impossible science which never leaves a trace, can follow this experience of loss into the perfect unity of TKM. But it is clear that the escape – the other – remains out of reach.

“An enlightening diagnosis of our time.“
Michael Böhm, Süddeutsche Zeitung

“Trawny does not present an antimodern elegy, but rather a philosophically highly concentrated treaty.“
Nils Markwardt, Der Freitag