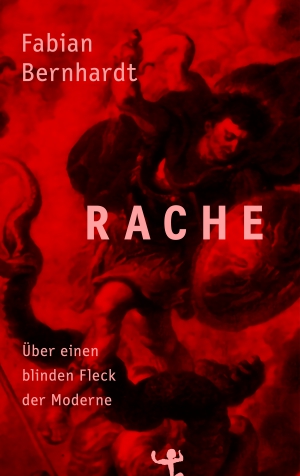 Genre: Nonfiction, History, Philosophy, Essay
Outcasted, repressed but always flaring up: Why revenge is still a burning need in our enlightened society

The modern age claims that it has successfully overcome revenge and has replaced it through the power of the law. Since the Enlightenment, revenge is seen not only as opposite number of the law, but rather as the dark side of the modern age. In this ambitious cultural history, Fabian Bernhardt gives a new interpretation of this story of progress which has never been put into question. Batman makes an appearance next to Achilles, Marcel Mauss next to Emmanuel Kant. In his philosophical reflection with touches of cultural anthropology and a fine sense for the imaginary of the masses, he shows that a theoretical blackout has accompanied by the revenge made illegitimate. The regulated revenge that is used in so-called primitive societies is not just misjudged on a regular basis but also the part which plays with our desire for retaliation, In revenge it is not only the dark side of justice that appears but it also gives space for the repressed energies and emotions that the modern society tries to ignore.

Fabian Bernhardt was born in 1981 in Saudia Arabia and grew up in Germany. In 2018 he got a PhD in philosophy which he has been teaching since then at the Free University of Berlin.